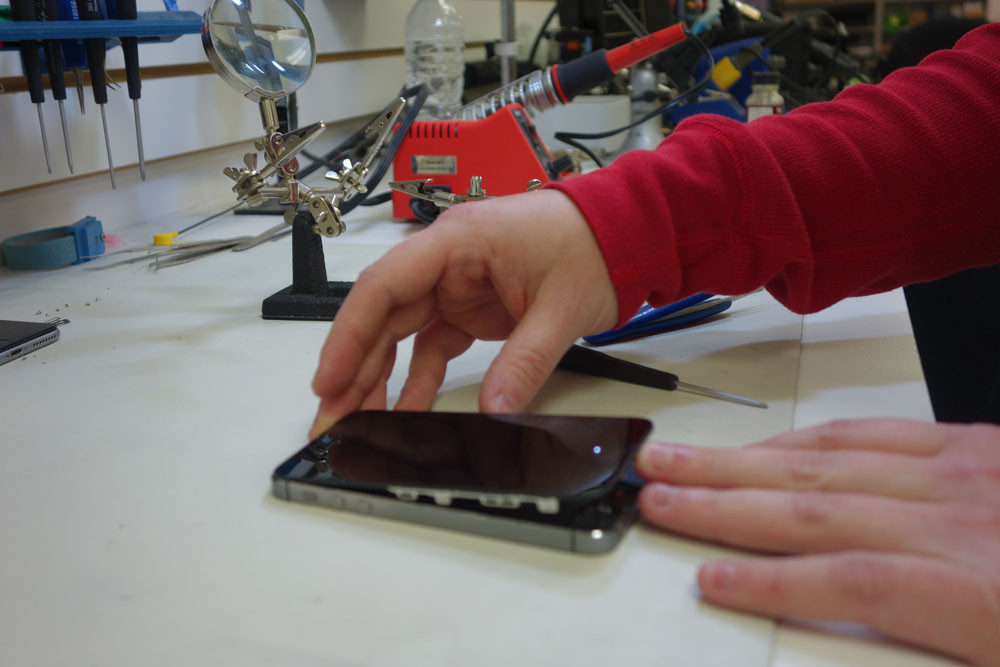 HOWELL, NJ, October 3, 2013 – “I started tinkering at a young age,” recalls Chris Rossi, co-owner of the soon-to-debut CPR Cell Phone Repair. He was only 11 when he figured out how to fix his own Nintendo Entertainment System by resoldering the power adapter. “I always liked taking things apart and figuring out how to make them work again.”

His business partner and friend since kindergarten, Bob Rathschmidt, always dreamed of having a business of his own. .”I invested over 20 years working in corporate America, yet after doing lots of research on franchised businesses, I felt strongly about the solid business model offered by CPR. In fact, INC 500 ranks it 5th as the fastest growing franchise with 150 stores worldwide. When I presented the idea to Chris, we looked at each other and said, ‘Let’s do it!’”

While Chris and Bob prepare for the early November grand opening of their retail store in Howell Plaza Shopping Center on Route 9, they’ve held a soft opening for the last two weeks and are already getting loads of foot traffic.

“Bob and I are looking forward to offering the community a service that is sorely needed. Our goal is to have each item repaired at a reasonable price within the shortest time,” says Chris.

Bob adds, “With two to four Gadget Tech-certified repair specialists on our premises, in most cases, we can turn around and restore items within one hour.”

Chris and Bob were born and raised in Freehold, New Jersey and both attended Rutgers University. Chris earned his degree in Computer Science, followed by a Master’s degree in Management Information Systems from Stevens Institute of Technology in Hoboken. After a long career in the computer field, he and his life-long friend discussed the possibility of making a career move and finally doing something together.

While Bob majored in Exercise Science and Sports Management, his part-time college job at a large supermarket chain turned into fulltime position after graduation since jobs were scarce. He continued to climb the ladder until he reached the corporate level within the retail food business. “It seems like now is the right time to take on a new challenge and to pursue my dream,” explains Bob. “With my expertise in retail management, operations, customer service and sales combined with Chris’ background, it was a natural merger of our talents and interests to open a CPR franchise.”

The duo is full of sage advice that benefits their customers. For instance, while the common fix for a water-laden phone is placing it in a bag of rice, the CPR experts caution that it is not enough. “Rice never gets out all the moisture and it’s critical to completely dry and clean the contacts in a timely fashion – otherwise they become corroded,” explains Chris.

They also recommend another vital step to saving a phone from water damage: remove the battery cover and battery promptly. The many circuits inside the phone will survive immersion in water as long as it’s not attached to a power source (battery) when wet.

“And don’t forget to remove your SIM card if your phone has one, Saving valuable contact information and data could even be more important than saving the phone itself,” Bob adds.

Setting them apart from other similar businesses, Chris says with pride, “We guarantee our work for six months — something most of our competition will not offer”