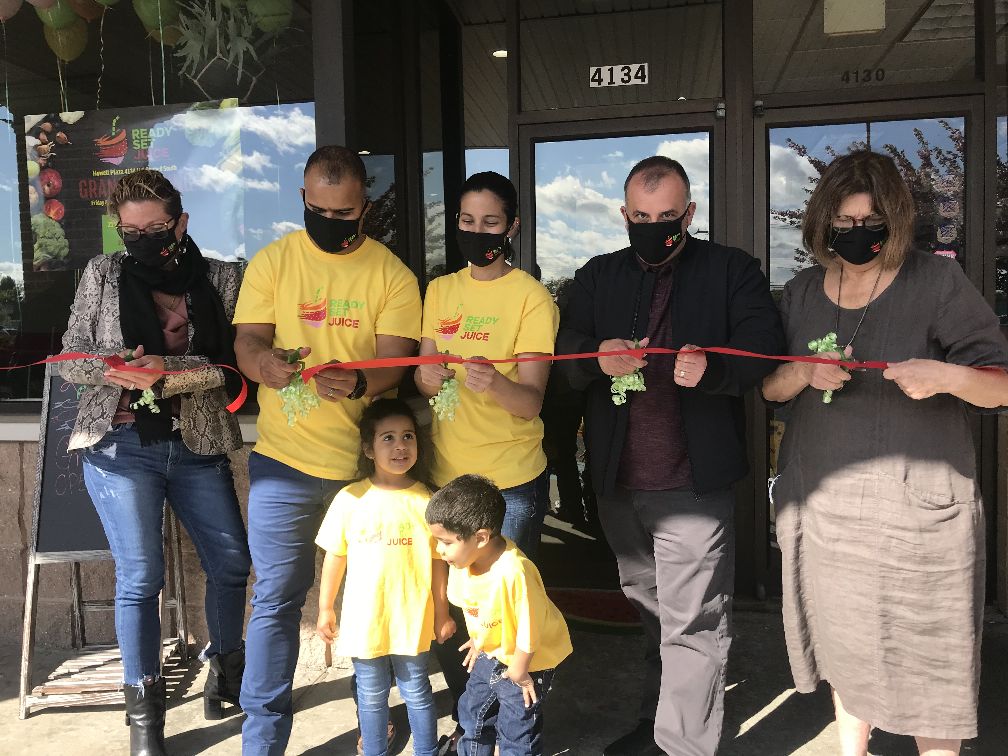 Ready Set Juice is now open; it’s already a hit on media and with local VIPs. After helping to cut the ribbon on April 30th, Howell Mayor Theresa Berger and Councilman John Bonevich set off with samples to sway the public on which of their beverages was better — the Mayor Smoothie or the Councilman Juice.

Over the two weeks following the opening, for each one sold, Ready Set Juice collected $2 to donate to New Jersey Blood Services (NJBS), also at Howell Plaza Shopping Center. The winner’s creation, based on sales, continued to sell until June 1st to benefit NJBS.

And the Winner Is…

Clearly New Jersey Blood Services…but was it the Mayor or the Councilman?

Howell Plaza shoppers were split right down the middle. Both beverages were healthy, one was a tad sweeter and filling, the other was refreshing and bright. This came as a surprise to the husband/wife owners Johnny and Mangeli Rodriguez. As a result, both celebratory drinks were offered until the fundraiser was complete.

Johnny and Mangeli are on a quest to improve health with the debut of their juice bar. Mangeli came up with name and tagline, Drink What Your Body Deserves, to convey energy, exercise and a nutritious way of life.

Their wide array of natural juices and smoothies, along with seasonal open-faced toasts and salads, provide healthy alternatives for lunch or dinner during or after a long day at work. In addition to a menu of smoothie ingredients, try the shot bar that features juicy concoctions of fruits, vegetables, spices, herbs and probiotics tailored to your preference. The space is designed with bright, clean colors and a relaxing vibe to encourage people to hang out and talk.

Ready Set is located between Bob’s Sports Cards and Howell Kitchen. Stop by and try a refreshing drink and meet Mangeli and Johnny.